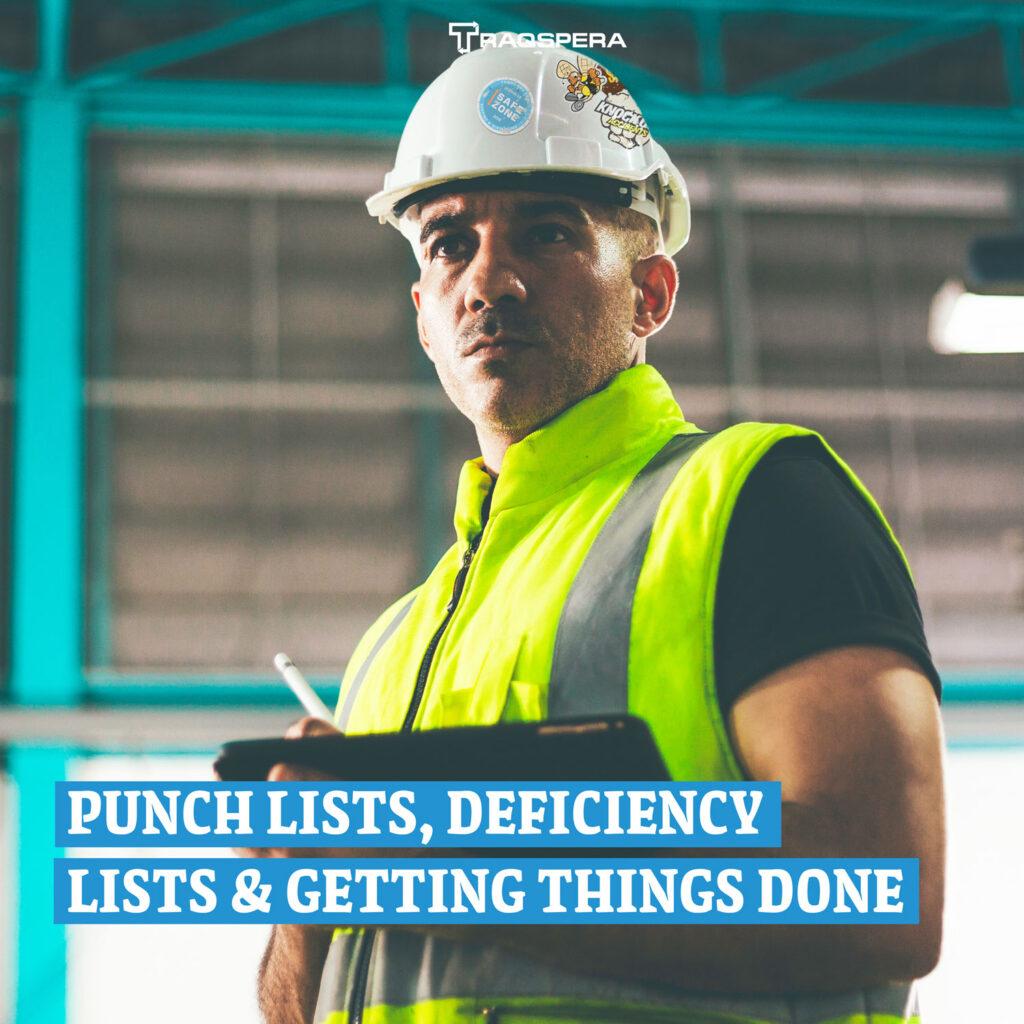 Generally, the punch list is created by team and crew leaders, listing any missing, incomplete, or deficient items that need to be completed before the project is considered complete. While coined in the residential and commercial construction industry, the punch list is a universal feature of any trade. However, most often, it's referred to as a deficiencies list outside of construction.

The punch list is one of construction’s most important tools when it comes to closing out any job.

First, it’s important to understand fully what a punch list is.

Defined by Wikipedia as “a document prepared during key milestones or near the end of a construction project listing work not conforming to contract specifications.”, a punch list is often the final thing required by the contract to be finished before the last payment is paid.

Generally, the punch list is created by team and crew leaders, listing any missing, incomplete, or deficient items that need to be completed before the project is considered complete. While coined in the residential and commercial construction industry, the punch list is a universal feature of any trade. However, most often, it’s referred to as a deficiencies list outside of construction.

Although infinitely useful, punch lists tend to get a bad rap.

It can feel like if the general contractor were doing their job correctly, there would be no need for a punch list for project managers. On the flip side, project managers are the first to complain that general contractors like to push too many items to the punch list, so they can come back and finish the work later while allowing their workers to move on to another project.

Resulting in the punch list becoming a source of aggravation for both project managers and general contractors alike.

The nature of construction brings together various materials, combined with many different types of workers, which can create situations in which a few corrections might be necessary. A punch list is an opportunity to demonstrate that no detail is too small or too large.

Some simple guidelines to help project managers and general contractors make the most of their punch lists are:

Pre-punch list inspections with all invested parties so items can be assessed before the project teams leave, thereby greatly minimizing the final punch list items. To maximize the efficiency of a punch list, it should be reviewed and updated after each portion of the work is complete instead of at the end, when the list can feel endless.

Keep The Final Date(s) In Mind

The project’s final date should be kept in mind as the project proceeds through its phases. Items that will hold up occupancy or vendors for the next phase should be given priority to minimize any occupancy problems and inconvenience to owners and future project partners.

Stop Scope Change In Its Tracks

The punch list is one of the final elements for project completion and is not a time for scope changes. If the scope needs to change to meet expectations, those items should be addressed as separate issues outside (and before) the punch list is finalized.

Punch lists should be generated using integrated construction project management software. This way, nothing is missed as the punch list is customized for that particular project. The punch list can also be sorted in several different ways, assigned to multiple workers or teams, and signed off by managers when an item is completed.

Get All Teams Involved

Include the leads of the different teams on the final punch list inspection. This improves the communication process and gives the different teams, whose work may affect each other, a chance to figure out the best way to correct each particular problem.

The punch list is more than a list of things to do – it’s an opportunity to exceed your customer’s expectations.

Traqspera’s project management features allow you to create your punch lists right from the worksite from your mobile device. Assign tasks to those responsible for their completion, and keep stakeholders in the loop with reports on any data point that can be run at any time—without waiting for payroll. Workflows can be customized to fit any of your business’s processes and manage employees all from the same app.

For a full rundown of Traqspera’s project management features, visit our features page.

Importance Of Accurate Timesheets In 2023

The Benefits Of Incorporating Sustainable Solutions In The Construction Industry 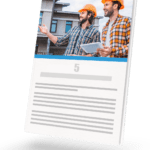 Download Our Free E-Book for 5 easy ways to integrate technology into your construction business.